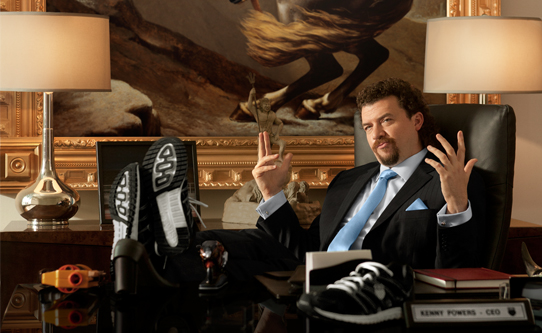 First, Kenny Powers was signed by K-Swiss. Then Kenny Powers took advantage of a stock option clause in his contract to force a hostile takeover and become the MFCEO of K-Swiss.

The campaign kicked off with an uncensored film on FunnyorDie.com documenting Kenny’s epic rise to corporate power. Consumers then felt the onslaught of Kenny’s 360 marketing genius. The Tubes TV campaign premiered on the ESPYS coinciding with Kenny taking over the annual “Revenge of the Jocks” issue of ESPN magazine with his own editorial section. Kenny then re-designed the company website and launched a mobile marketing campaign based on his inspired inspirations.