Believe it or not, but there is an entire generation of younger NBA fans who’ve grown up thinking Lebron is the greatest. To them I say: “shut your face.”

For NBA 2K11, I wrote and produced TV and digital films that stoked competition in gamers and reintroduced Jordan to a new generation by celebrating MJ with some of the best young talent in today’s NBA like Derrick Rose, Rajon Rondo and Russell Westbrook. Also this other guy... Cobe Briant? New game features were served up during trash talk and debates involving all things NBA 2K11, Bulls and Jordan.

In the digital arena, I designed an interactive Jordan collage that allowed users to experience content and deep-dive into game features. Then at game launch, we leveraged the NBA’s immense social media presence to build excitement for the game and Jordan. 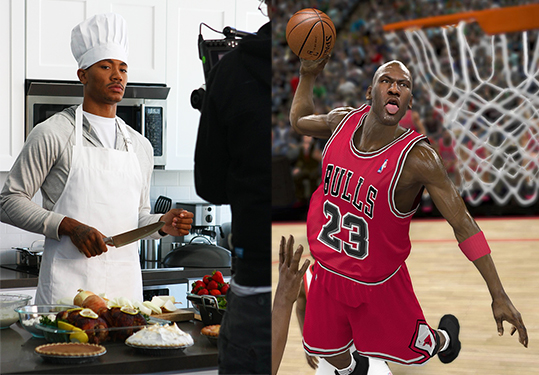